Avro is a phonetic keyboard used to type Unicode Bangla typing. Avro has its executable files for a windows system, and the installation process is relatively straight forward. Nonetheless, the process of installing a Linux system is not as easy as that (at least when compared to a method of installing a Windows machine). to install the same on a Linux system, a bit different set of commands need to be followed, Since there is no installer available on the official website of Omnicronlab, for the latest version of Linux. The detailed steps are shown below.

Open Terminal and enter the following commands one by one.

Install ibus-avro from the ubuntu core repositories with the following command. 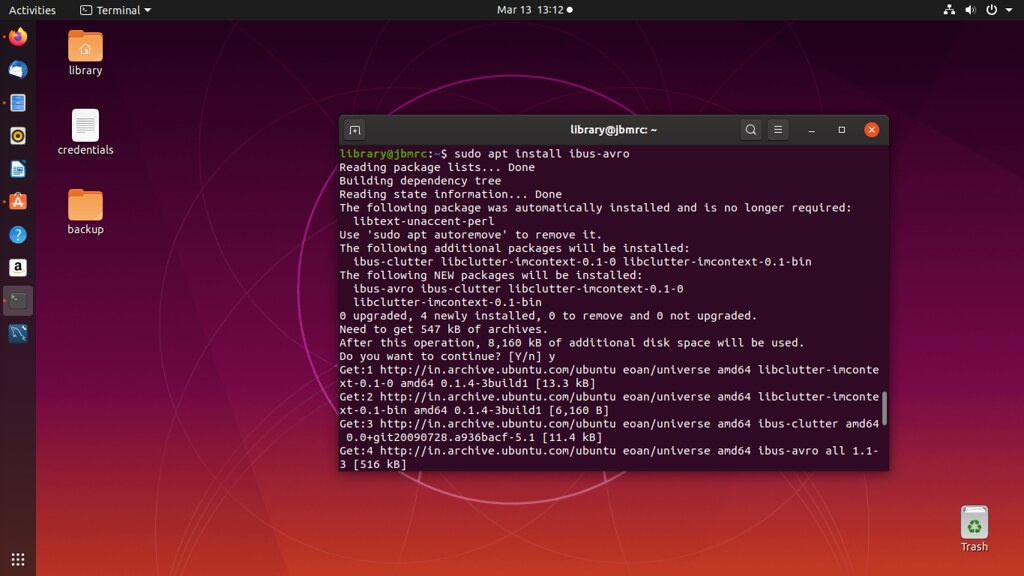 it is not a huge package and will take only a moment to install, to make the changes to take effect, just restart the ibus service with the following command. 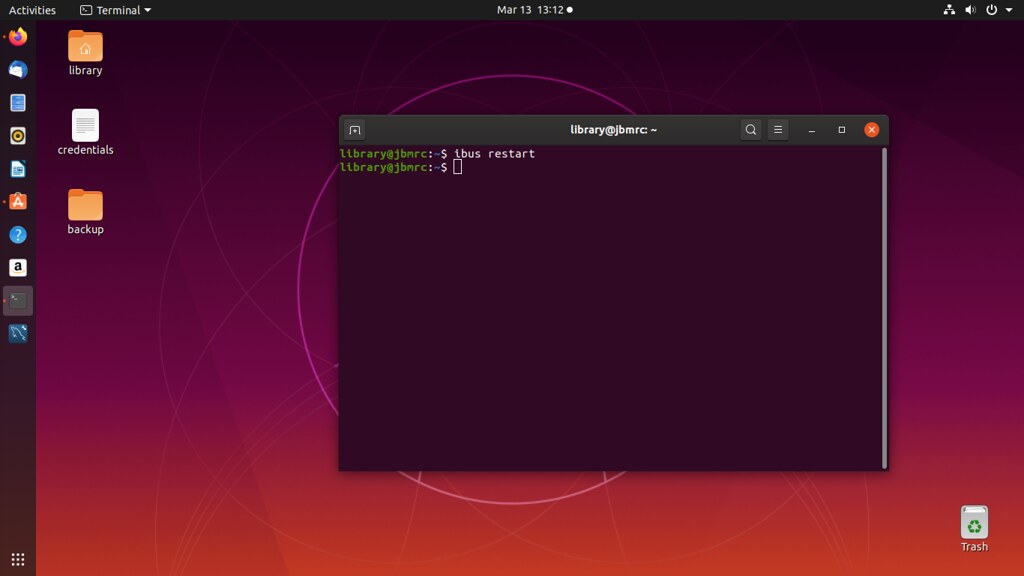 Now the installation part of the Avro ibus is complete, and just the system configuration needs to be tweaked to include the Bangla language as the system input method.

Open system settings and then go to ‘Region & Language’ settings. 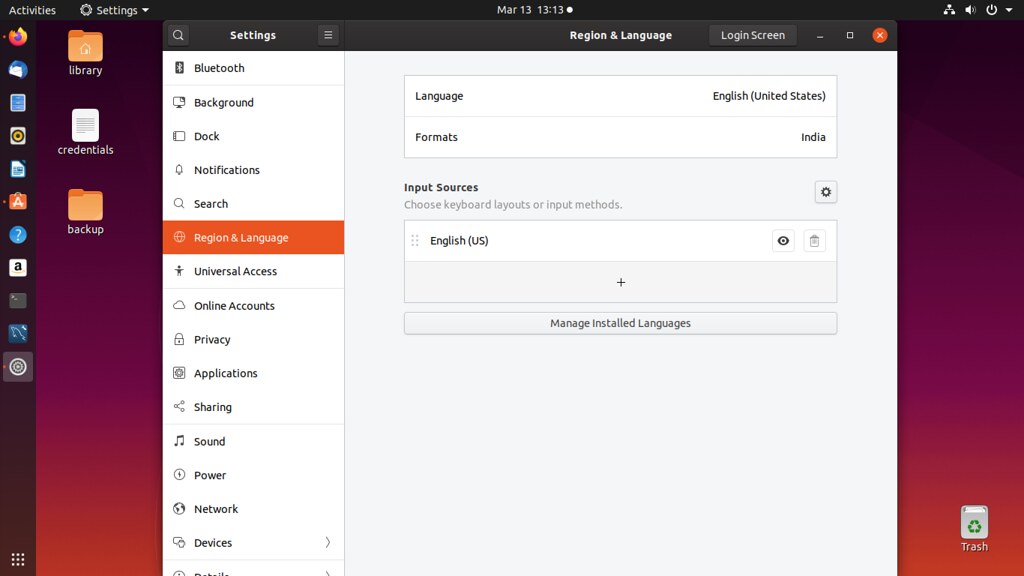 on the screen click the ‘+‘ icon to add a new language in the input source. A new pop up window will appear as shown in the following image. 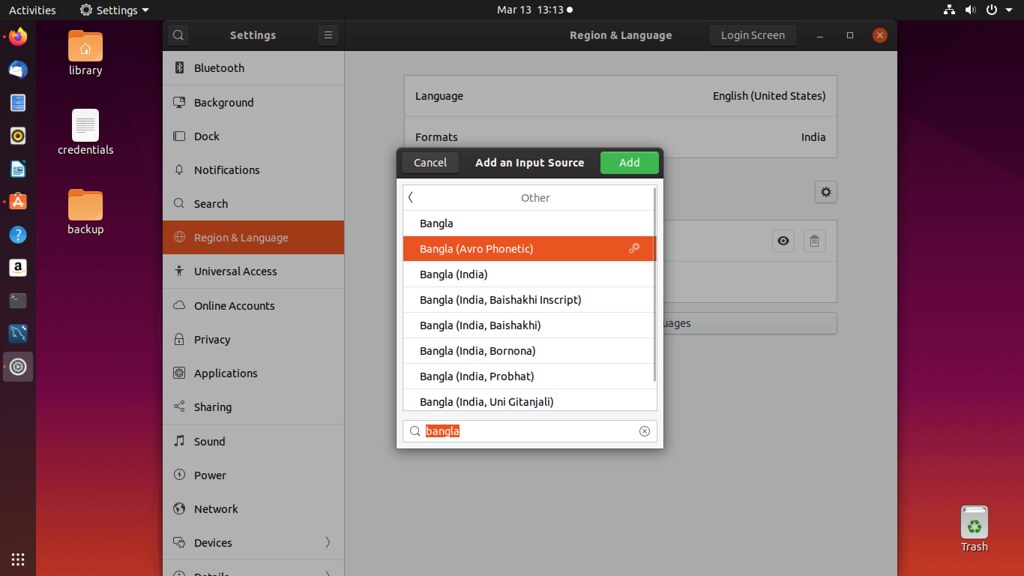 From this pop-up window, search and select the newly installed Avro package listed as ‘Bangla (Avro Phonetic)‘ and then click on the Add button.

A new language switcher icon will emerge on the top right corner of the top panel, as shown in the following image. From this language selector, you will be able to see the list of input languages that are applicable system-wide. 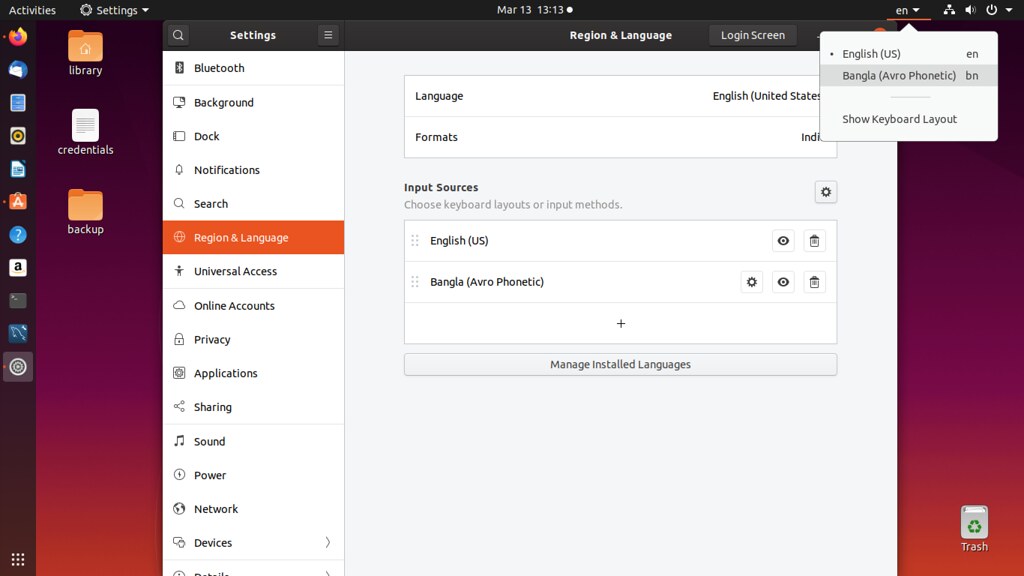 Optionally the input language can be switched using keyboard shortcut as well, this has been changed to Super+Space since ubuntu 13.10. You can change it to your preference from the Text Entry Setting window. 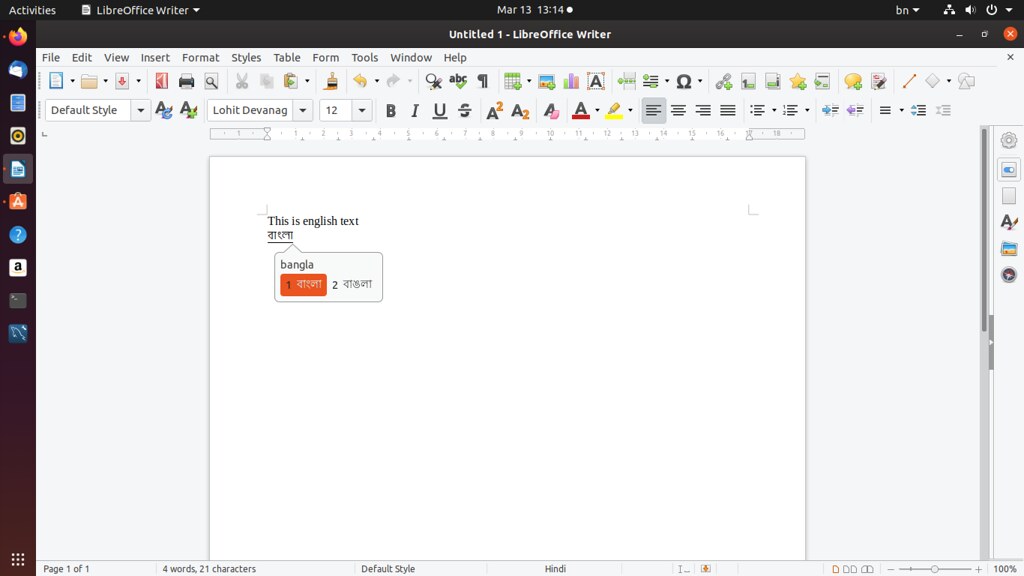 After installation as you select ‘Bangla’ as the input method, you will be able to type Bangla phonetically, just like any other Unicode typing.